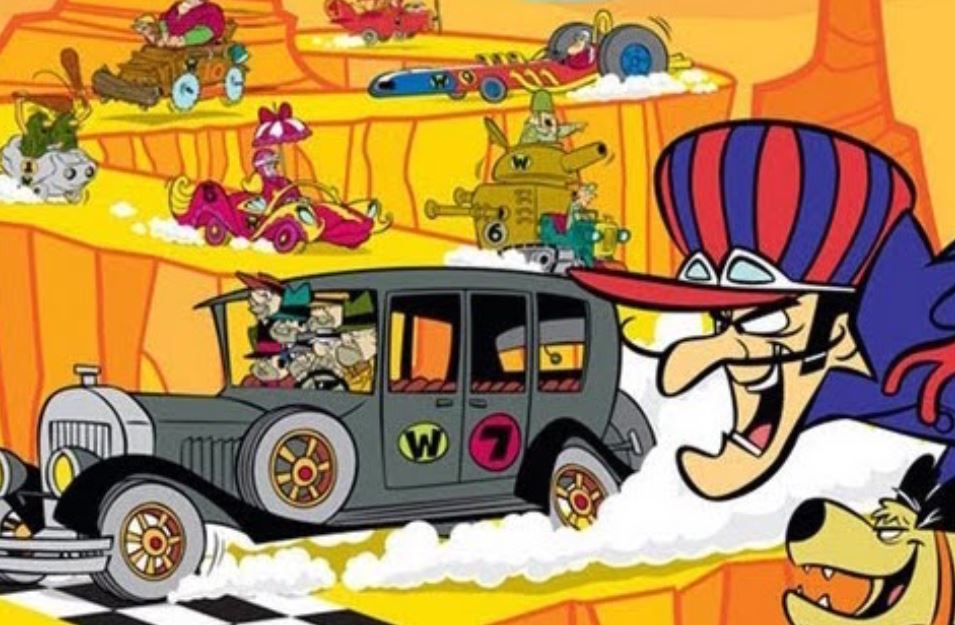 Do you remember Wacky Races and the mad modified cars?

Do you remember Wacky Races with fiendish Dick Dastardly and the world’s “wackiest racers”? If only they knew about Sterling modified car insurance.

Read below
Car Insurance from just £125 per year

Do you remember Wacky Races, the Hanna–Barbera cartoon series? It featured the fiendish Dick Dastardly and a host of the world’s “wackiest racers”, each driving a mind-boggling modified car of their choosing.

The cartoon was inspired by the 1965 slapstick comedy film The Great Race and featured 11 drivers taking part in rallies throughout North America.

Dastardly, the bungling villain of the piece, drove the Mean Machine, a purple, rocket-powered modified car with an abundance of concealed weaponry and the ability to fly.

He was the archetypal mustache-twirling baddie and Muttley, the sniggering mut, was his simpering sidekick.

Dastardly’s modified car was always pipped at the post

Dastardly’s usual race strategy involved using the Mean Machine’s great speed to get ahead of the other racers, and then setting a trap to delay those in hot pursuit.

But most of his plans backfired, meaning that he was usually passed by the entire field at the finishing post. Doomed Dastardly never won a single race.

Do you recall all the Wacky Racers and the modified cars they drove?

It can be a struggle to find modified car insurance

There’s no indication in the TV cartoon series if these cars were insured but if they were, the drivers would have struggled to find the right policies for their level of risk.

Finding good-quality insurance cover for a modified car at a sensible price is still not easy, especially if you have a high performance model or if you are a younger driver.

All too frequently, modified car owners have to compromise, either on price or level and quality of cover.

There is another option however. As specialists in covering all modified and custom vehicles, Sterling insurance has a wide-ranging, in-depth knowledge of the modified scene.

This means Sterling can offer top-notch modified car policies at incredibly low prices. For the very best deals, call one of Sterling’s trained underwriters on 0344 381 9990.

Get a quote with us!

Request Callback
This website uses cookies to improve your experience. We'll assume you're ok with this, but you can opt-out if you wish.
Read more

Redirecting you to Adrian Flux, our specialist insurance division

Redirecting you to Bikesure, our specialist motorcycle division