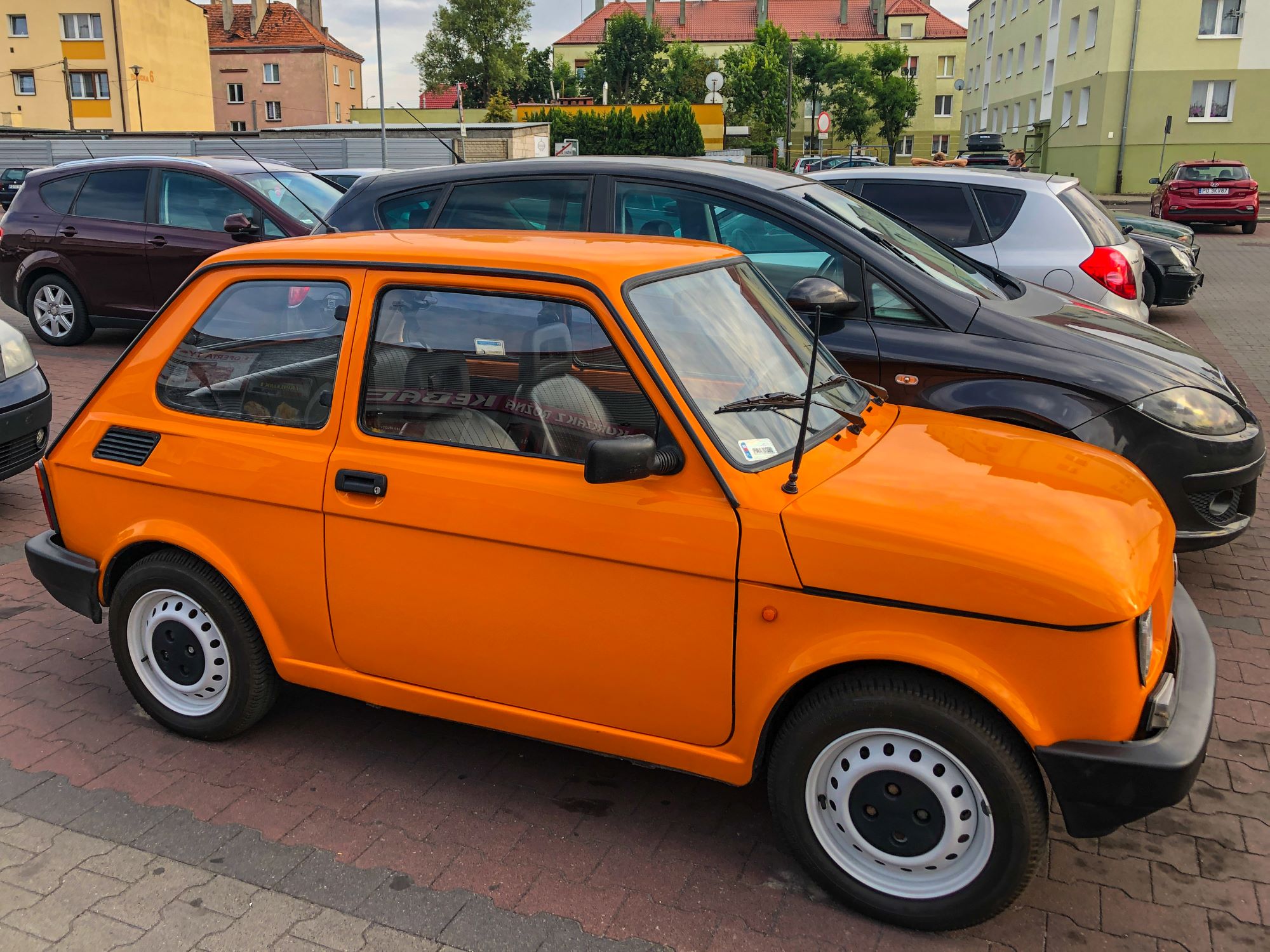 Five cars we secretly love and bet you do too

Read below
Car Insurance from just £125 per year

There are plenty of TV shows, books and films that we would consider guilty pleasures, and the same applies to cars too. We’ve asked around the office and have compiled a list of the five cars that we secretly love – and bet you do too.

Perhaps the smallest car ever made, the Polski Fiat 126p looks like a toy. In fact, many tall people have confessed that the car is so small, that they had to remove the front seats and drive from the back bench (which we, of course, don’t advise!).

But the car’s small size is exactly what makes it a great little city car. Go to Poland where the majority of the Polski Fiat 126p were manufactured and you’ll probably see more Fiat 126ps than in any other place. The 126p was actually a cultural icon in communist Poland and is still seen as a bit of a cult classic. It even had several endearing nicknames, including maluch, meaning “small one” for its size, and – perhaps a little less endearing – kaszlak, meaning “cougher” because of the sound of its engine.

If you live in London or any of the bigger cities across the UK, the Fiat 126p is a light car with a tiny turning circle that’ll allow you to nip around smaller roundabouts. Around 3 metres long and 1.3 metres wide, you certainly won’t have trouble finding a parking space in this little thing. If parking is the bane of your life, we would recommend the maluch with only a modicum of embarrassment.

An SUV with convertible top makes – in a lot of people’s minds – very little sense. Despite its bulk, this four-seater only has three doors, as most convertibles do, and the rear seats are difficult to get into when the roof’s up. In addition, because of the soft top, the cargo space for the Evoque Convertible is minimal at best.

Despite its Land Rover branding, you might be hard-pressed to take the Evoque Convertible off-road or onto any rough green lanes. After all, this model only has 8.5 inches of ground clearance between the car’s frame and the ground.

Despite all this, there is something charming about the Evoque Convertible. Kitted out with Land Rover’s best infotainment system, the Evoque is easy to drive – and comfortable to drive in, too. If you’re looking for a car with easy handling, this is it. Just ignore the sneers.

Whilst the 939 Alfa Spider is technically a sports car, its performance leaves a lot to be desired. Many owners have complained that the vehicle takes 7.2 seconds to go from 0 to 60mph. And that’s not even mentioning its handling and suspension issues, which ultimately make the Spider a sports car in looks alone.

Yet Alfa enthusiasts are among the most passionate groups of car owners, and you just have to look at the Alfa Spider to understand why. The car’s sleek design makes it a dream car in many people’s eyes, especially when you’re cruising along winding roads in the height of summer. Sure, you might not win any races, but its purring V6 engine will more than make up for that.

Look up a list of the ugliest cars ever made and the Nissan Cube will usually have a spot in the top ten. Yes, we know it’s slow and looks like a mix between a van and a car, but we think it’s oddly quirky. After all, it makes a nice change from the standard, generic cars that are usually on the road.

Besides, the Nissan Cube’s somewhat questionable shape literally means you have masses of space inside, making it great for families and road trips. It’s pretty reliable, too. Just be prepared for everyone to take the mickey out of you if you ever own one.

Yes, we are minutely aware that most people associate the Rover Metro with Alan Partridge. And no, we don’t care. Whilst the Rover Metro was popular in its day and even gained the prestigious WhatCar? award for Car of the Year in 1991, it has since fallen out of favour with motorheads.

Of course, by modern day’s standards, it’s hardly the safest car out there and you probably wouldn’t want to attempt a long journey in the Rover Metro, but that’s why it’s one of our guilty pleasures. If you can erase the naff adverts from your memory, the Rover Metro is really a great first car for driving in the city.

Whether you have one of the cars on this list or another vehicle, we can help you get cheap car insurance. At Sterling Insurance, we work with a range of niche insurers and aren’t afraid to cover unique cars.

The complete guide to towing a trailer

Top 10 most comfortable cars for a post-lockdown road trip

Get a quote with us!

Request Callback
This website uses cookies to improve your experience. We'll assume you're ok with this, but you can opt-out if you wish.
Read more

Redirecting you to Adrian Flux, our specialist insurance division

Redirecting you to Bikesure, our specialist motorcycle division